The Cinema Ritrovato returns only in presence (Bologna, 25 June – 3 July).

Because cinema will also be the child of the era of technical reproducibility, but each projection is different.

A festival is not a digital platform, it has something irreproducible, and Il Cinema Ritrovato 2022 will live between the end of June and the beginning of July together and thanks to the many people who will attend the screenings.

The films will continue to live and the many works found and restored will be the subject of retrospectives and of the combinatorial art of curators and programmers from all over the world, but for those in Bologna it will be impossible to forget the screenings they have witnessed.

For this reason, many excellent guests agreed to present a film, from Stefania Sandrelli to Walter Hill, from John Landis to Wes Anderson, from Alice Rohrwacher to Olivia Harrison to Bruce Weber…

For this reason, all silent films will be accompanied live by musicians who will make the Cinema Ritrovato projections unique.

We have chosen for this year’s poster one of the happiest scenes of a memorable film, The Conformist, which launches the second creative season of the very young Bernardo Bertolucci.

The dance scene remains in the eye and we take it as the guiding star of an edition that we hope will accompany us to rediscover the pleasure and excitement of attending a film projection together with others. 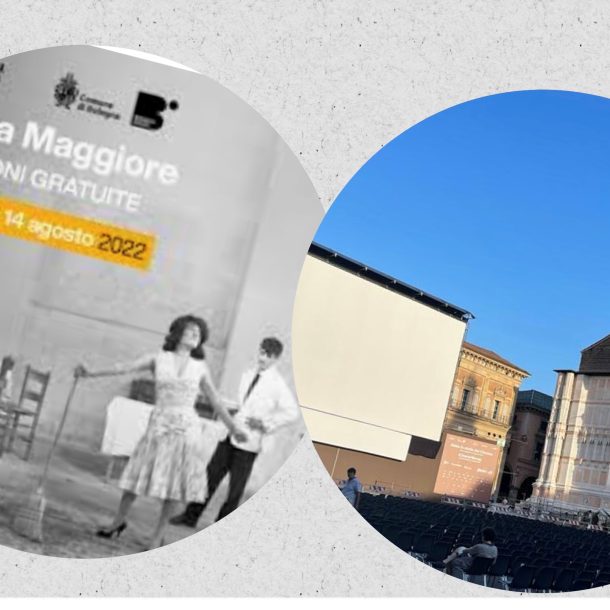 Under the stars of the cinema
Next Article
© 2019 Hotel Roma ★★★★ Bologna | Credits: GP Dati - Zucchetti